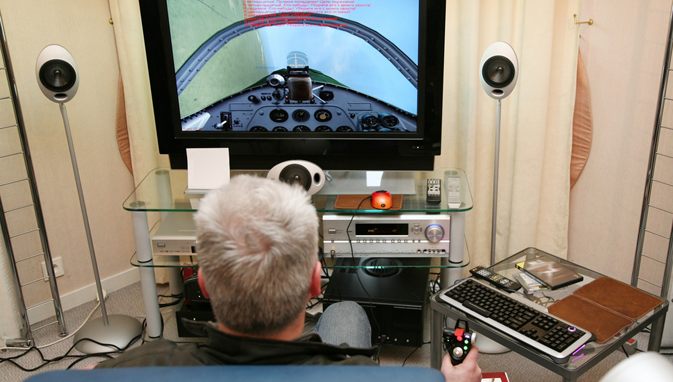 Violent Video Game Makers Accused of Watching Too Much Reality

SAN FRANCISCO — It is a disturbing and unmistakable fact that the video game world has become more graphic and violent than ever before. While many view this trend as a natural growth in any entertainment industry, new research suggests that violence in video games is, in fact, directly attributable to game developers paying too much attention to the world around them. Controversial studies suggest that reality may be directly responsible for the unprecedented rise in video game violence.

“The problem is enormous,” said Marcus Astor, spokesperson for the advocacy group Media Against Real Life. “If you look at just how firmly violence is entrenched in our reality – in the news, literature, religion, history, wherever – you can see just how daunting of a challenge it is to insulate our game developers from images of violence. They see it everywhere they turn, so of course it will effect their work.”

One recent meta-study found that an astounding 90 percent of developers of violent video games paid attention to reality “to at least some degree.” Another study concluded that the majority of violent games were produced within two years of a major tragedy.

The mother of game designer Eric Nielson, who worked extensively on Valve Corporation’s 2012 hit Counter-Strike: Global Offensive, expressed major concerns about her son’s media intake after seeing the game he helped produce. “It’s just that, well, he’s been paying attention to current events quite a bit lately,” she said. “I think it may be having a negative effect on him, and I’m worried for his games and the games of those around him.”

Critics of the new findings (many of whom are proponents of reality), contend that real life, mainstream culture, and human nature have little to no effect on the design of popular videogame titles. The amount if violence to be found within a game, they argue, depends far more on the designer’s mental stability and quality of his or her home life than it does to any exposure to reality. But more and more, their cries are falling on deaf ears.

“Just yesterday, there was a story on the news about a man who shot and killed his girlfriend,” said Astor. “That was followed by some footage of a bombing in Syria and a terror attack in Somalia. You just know that some poor, impressionable game designer’s going to come up with Girlfriend Carnage 3: Operation Somalia any day now. We have to do something!”

Proposed measures to curb reality’s chilling effects on video games range from prohibiting well-informed individuals from entering the gaming industry in the first place to a bill that would eliminate electronic media (known to give information about reality) from the game development process entirely. Videogame producers vehemently deny the need for such actions, stating that any correlation between the violence in everyday like and violence within the video game industry is strictly coincidental and that besides, video games are essential in the fight against global warming.