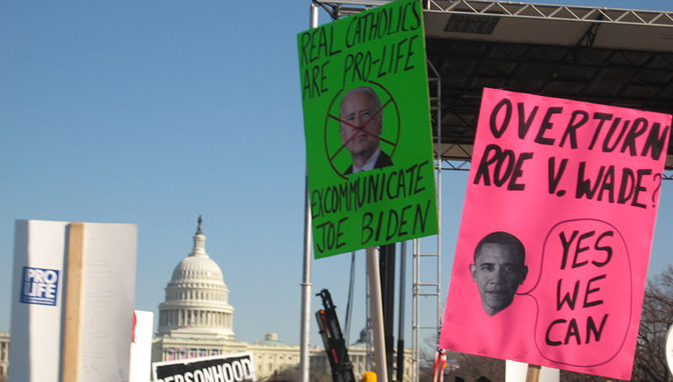 FAIRFAX CITY, Va. — NOVA Women’s Healthcare – a clinic in Fairfax City which performed more than 3,000 abortions in 2012 – was forced to close its doors after building proprietors were told by the Fairfax city council that its facility was “about as weak as the women treated there.”

Asked for further comment, a Fairfax City council representative stated that the facility was “physically, structurally weak, like women naturally are.” The spokesperson then went on to clarify: “We haven’t developed a way to accurately measure the mental and emotional integrity of a building, although we still believe that women are likewise lacking in this area.”

Virginia recently passed regulations requiring abortion clinics to have wider hallways and doorways, expanded parking, and entrance awnings.  “Everything about these facilities just needs to be bigger, stronger; less like a woman,” said protestor Troy Newman.  Newman – President of the pro-life group Operation Rescue – described the closing of NOVA Women’s Healthcare as “huge.”

“In the last 15 years, [Operation Rescue] has closed 71 percent of all the abortion clinics in the nation,” said Newman, whose website describes him as an avid equestrian who holds a black belt in Taekwondo.  “We are – however – a little annoyed that the clinic hasn’t been denounced for its lack of moral integrity.  Since we connected the dots to women there a long time ago through the Bible, we’re kind of like, ‘what gives, building?  You’ve clearly defiled – purge yourself of the right-to-choose devil and become a Gold’s Gym, already.’  You know?”

“Traditional methods were not working,” said Virginia Attorney General Ken Cucinelli II (R), when asked to relate the seven-year journey pro-life affiliates have endured in trying to shut down NOVA Women’s Healthcare.  “It was only by accident – a divine intervention, if you will – that I discovered the route to legally force abortion clinics out of business while thinking about how much of a threat the homosexual agenda is to the structure of the American family.”

“‘Structure!  That’s it,’ I thought,” continued Cucinelli, pausing to allow himself a laugh.  “It was a no-brainer.  Women will always be at least physically weak.  I drew the parallel right away.”

Virginia’s new abortion standards – which require buildings to meet hospital-grade facilities – will affect the 18 abortion clinics remaining open in the state.  The closing of NOVA Women’s Healthcare represents a blow to the ability of these clinics to adjust in the time they’ve been given. The Associated Press reported that NOVA applied to retrofit another space in order to meet these new standards, but was turned down because of inadequate parking.

“After all, where would protesters park?” asked Cucinelli.