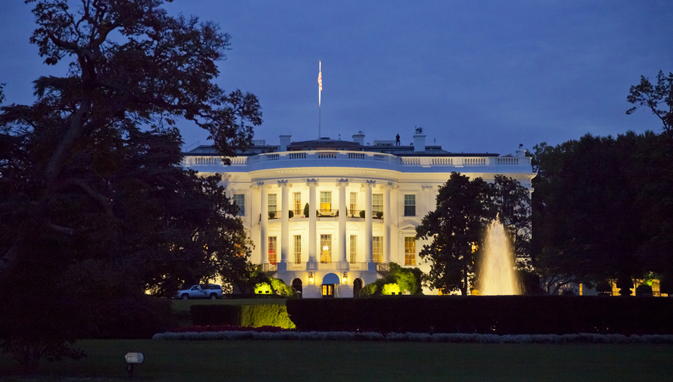 WASHINGTON — The White House announced today that it may reverse course and reopen to public tours. In what Republicans called a PR ploy, officials halted tours of the White House on March 8, citing staffing problems then blamed on the sequester, but intense pressure has caused a reevaluation of that decision, even in the face of personnel issues and lots and lots of ghosts.

“Simply put, we have a shortage of tour guides and an abundance of ghosts,” said White House Press Secretary Jay Carney. “Lincoln, McKinley and Kennedy show up from time to time, but the worst are all the people who actually died here. In addition to leading informative, thought-provoking tours, we need a staff that can wrangle and learn to avoid all the supernatural spirits trapped between this world and the next. Now, that’s a niche hire.”

“Dear God, there’s one now!” Carney added as the glowing, incorporeal form of deceased First Lady Letitia Tyler rose from the press room floor with her arms extended and began to shriek her banshee cry. “Everybody out!” Carney shouted, waving a line of panicked reporters from the room.

Among the disembodied spirits said to roam the halls of 1600 Pennsylvania Avenue are Presidents Henry Harrison and Zachary Taylor, First Lady Ellen Wilson, presidential son Willie Lincoln and George Stephanopoulos. Long-time staffers say the ghosts used to be relatively in check, but that ever since Nancy Reagan’s séances, all hell has broken loose.

Witnesses have reported bleeding walls in the West Wing and body parts and viscera appearing inexplicably in dishes served at state dinners. Once, during President George W. Bush’s term, all of the doors in the Oval Office led directly back into the Oval Office, frustrating Mr. Bush, who never liked to stay at his desk past 5 p.m.

Still, not everyone views the presidential poltergeists as a liability. Many shrug off “labor gaps” or “unnatural blurring of the line between the living and the dead” as Obama administration attention grabs. Others see the ghosts as an untapped asset.

“I was taking a tour in February when I struck up a conversation with this very well-informed gentleman from Missouri,” said Mary Heiser, 49, of Las Vegas. “He was telling me all about merchant conditions during the Civil War and what the White House was like during Reconstruction and it was all fascinating, just fascinating. Well, turns out he was actually the ghost of Frederick Dent, the father-in-law of Ulysses S. Grant. Who knew?”