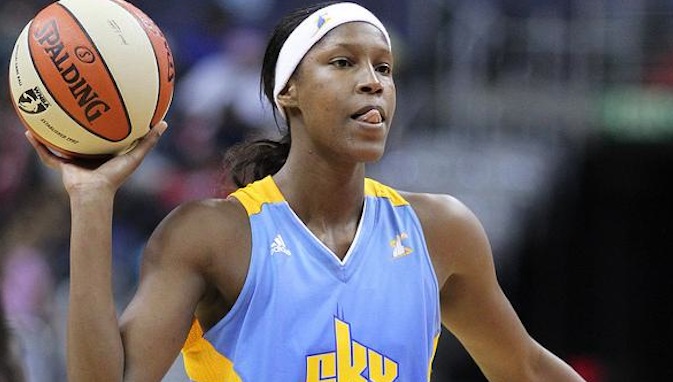 NEW YORK — In an effort to “raise a national dialogue about the silent killer that claims the lives of over 25,000 men every year,” WNBA representatives announced Tuesday that October would be Prostate Cancer Awareness Month, in conjunction with the American Cancer Society and Prostate Cancer Foundation.

“The WNBA and its players are proud to support the fight against prostate cancer,” WNBA representative Mandy Valadez said in a statement. “With our partners at the American Cancer Society, our aim is to educate the public about the warning signs of prostate cancer and encourage regular prostate screening. With the support of our fans, we can help erase the scourge that is prostate cancer.”

“The WNBA was aware the efforts of the NFL to raise awareness of a form of cancer none of its players are ever likely be diagnosed with, and we thought it only fitting to reciprocate that gesture,” Valadez said. “As few NFL players will be diagnosed with breast cancer, even fewer WNBA players—probably zero, by our estimation—will be diagnosed with prostate cancer. That is our commitment.”

Throughout October, WNBA games will feature players, coaches, and referees wearing blue apparel, on-court blue ribbon stencils, and blue game balls. The league will also be donating 16% of game day box-office sales to cancer research—symbolizing the 1 in 6 men who will be diagnosed with prostate cancer in their lifetime.

“It’s important for all men over 40 to get regular prostate testing with their doctor,” McCoughtry said. “You can even perform prostate checks at home by feeling for lumps in your…wherever a prostate is. Your Adam’s apple, right? That’s where the prostate is?”

Thanks to the influential public profile of the WNBA, the American Medical Association has reported a .0001% increase in scheduled prostate screenings for the month of October.