SUNNYVALE, Calif. — Shortly after having her first child in September, new Yahoo! CEO Marissa Mayer logged on to Yahoo! for the first time.

“I was shocked,” Mayer said, “completely shocked. What’s it for? And that purple and grey color scheme? Is the design team blind?”

After seeing the site Mayer ordered all “work at home” employees to start going to the office.

One Yahoo! employee told Newslo, “The office? I don’t even know where that is. Is it out of line for me to ask what city the office is in?”

In a memo to all Yahoo! Employees, Jackie Reses, head of Yahoo! human resources, wrote, “Ok everyone, the jig is up. The higher ups finally saw the site.”

“We had a good run, “ Reses said. “Most of us haven’t worked since 2001. I’m personally not even sure what Yahoo! does. I Googled it and now I can’t get rid of the Ovaltine ads on my Google searches.”

She added, “We had a close call last spring. The former CEO asked his secretary what the address for Yahoo’s site was.”

“The secretary did some quick thinking and took out bus ads near the CEO’s house to make it look like we were in the midst of a campaign. God bless her. He never asked again.”

“Since taking over as CEO, it’s been difficult to decide why Yahoo! needs to exist,” Mayer said.

“It seems like it’s not just a search engine. There’s a section labeled ‘News’ that appears to be a combination of articles from US Weekly and clips from America’s Funniest Home Videos.”

She shook her head and added, “There are also sections labeled ‘omg,’ ‘horoscopes,’ and ‘birthdays.’”

Asked about the future of Yahoo! under Mayer’s leadership, TechCrunch senior editor Leena Rao commented, “Yahoo? I don’t think I’ve heard of it.”

Monday morning in Sunnyvale, CA, where Yahoo! is headquartered, saw a record number of people hit by cars as Yahoo! employees appeared to be wandering the city aimlessly looking for the office.

Emergency Room doctor Claudia Hernandez commented, “We’ve seen this kind of thing before when pale, red-eyed work-at-home employees come in three or four at a time. It often happens right before Comic-Con.”

“It’s not unprecedented. We think the sun confuses them.”

Some have called the accidents an unavoidable consequence of new management, while others hear the death knell of a tech company. Only time will tell. 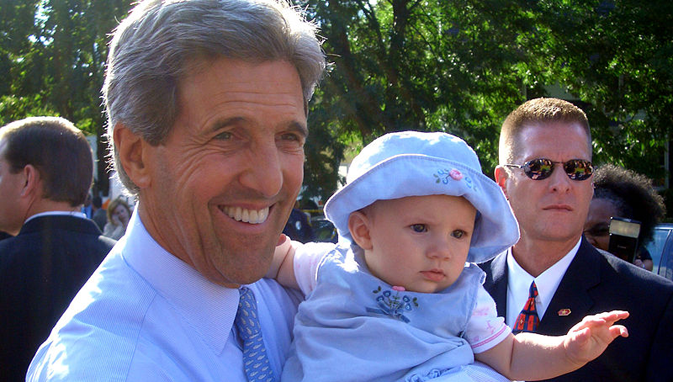 Kerry Argues for Constitutional Amendment Protecting ‘Right to Be Stupid’