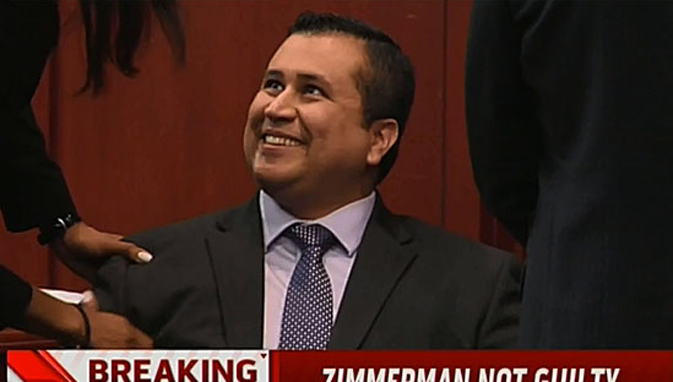 Zimmerman Wants to Become a Lawyer Because ‘Why the Hell Not?

SANFORD, Fla. — After getting an up-close, year-long view of the Florida legal system, Zimmerman wants more, and he wants it now, according to sources.

“He has a real interest in the law,” said Zimmerman’s defense attorney, Mark O’Mara. “And, quite frankly, I will not be surprised if he ends up in criminal law. Because, well, you know — criminal law is kind of fucked in Florida and – you get my point.”

When reached for comment, Zimmerman told Newslo: “It’s true; I want to be a lawyer.”

His incentive to obtain a Juris Doctor is not because of “an interest in the law,” though, as O’Mara suggested. “It’s not that I’m into the law, per se,” said Zimmerman. “It’s more: why the hell not? Anyone with a pulse can practice law in this shithole. I mean, did you see my trial?”

Zimmerman said he was “incredulous” as he watched the prosecution try to build its case with “crap witnesses.” “So let me get this straight,” Zimmerman offered. “The prosecution calls someone to the stand [John Good] who testifies that the light-skinned guy was on bottom during the altercation? Um, Earth to prosecution: I have light skin.”

“And then this dude says I was getting struck ‘MMA style.’ ” Zimmerman asked. “Seriously, I should send a fruit basket to the prosecution. ‘Thank you for proving my case for me and, more importantly, for alerting me to the fact that a cat – yes, a cat – can practice law in this backward state. Love, Georgie.’”

Zimmerman didn’t excuse his own attorneys from criticism, either. “A knock-knock joke? Really? Are we seven now?” Zimmerman asked in reference to his attorney Don West’s remarks to the jury. “But hey, if middle-school gags and jokes are part the attorney schtick down here, maybe I better start working on my balloon-animal routine.”

Zimmerman’s next step is to study for the Law School Admissions Test. “I’ll probably bomb the shit out of it, get rejected from every school under the sun except for Florida’s unaccredited ones – I’m looking at you, Law and Order Binge-Watching Institute of Orlando — then start my own practice,” Zimmerman said with pride. “Then, who the hell knows. I’m sure I’ll end up on TV or some shit. God bless the Florida legal system.”