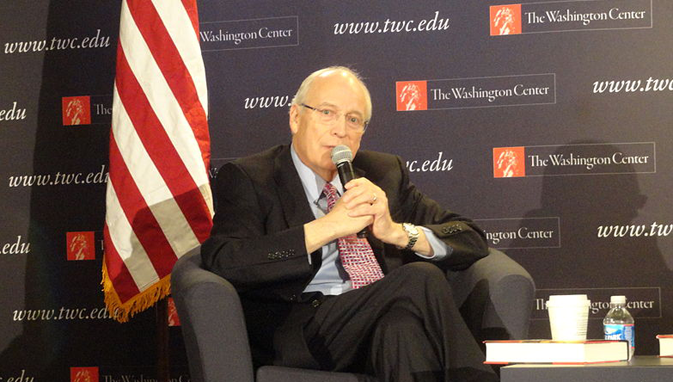 “The concern is not a moral one, but a practical one,” said David Addington, Cheney’s personal counsel, who is demanding the discontinuation of the model. “As Mr. Cheney does not posses a heartbeat or pulse, it would be impossible to distinguish him from the tactical target mannequin.

“We don’t want an unfortunate accident where a person is mistakenly shot again,” continued Addington, referencing a 2006 incident where Cheney’s hunting companion Harry Whittington, a lawyer himself, accidentally placed his face in the way of a bullet fired by Cheney.

Zombie Industries’ company website boasts a broad range of “tactical zombie targets,” which appear to bleed when shot: “the Terrorist,” a bearded man in Islamic garb; “the Nazi,” a man in an SS uniform; or “the Grey,” a large-headed alien.

Controversy was also recently stirred by the “Alexa” model, a voluptuous woman with an exposed bra, affectionately dubbed “the Ex.” The company defended their products in the following statement published on its website: “We didn’t want to discriminate — we have numerous male models, so not to include a woman would be sexist.”

A spokesperson for Zombie Industries went on to say: “I bet you it would be the same people complaining if we didn’t have any women or a black guy in our range. We are trying to accurately represent all members of society.” The company has not confirmed whether they are planning to add a child-size model to their range.

Cheney’s legal team has reiterated its support for Zombie Industries, and American manufacturing in general. Cheney has even offered to collaborate on newer target mannequins to ensure their likenesses place the right people on the firing line.